We would love to know whether you’d be interested in getting involved in the next phase of our Lab and helping create a new space where we will model a non-dogmatic dialogue and develop the skills to make better sense of the world, individually and collectively. We will aim at reaching a higher-order perspective of the world that will allow us to model pathways that could actually successfully tackle the social and ecological crises. If you are at all intrigued, please get in touch by filling out this form.

From a narrative of oppression to a story of human evolution 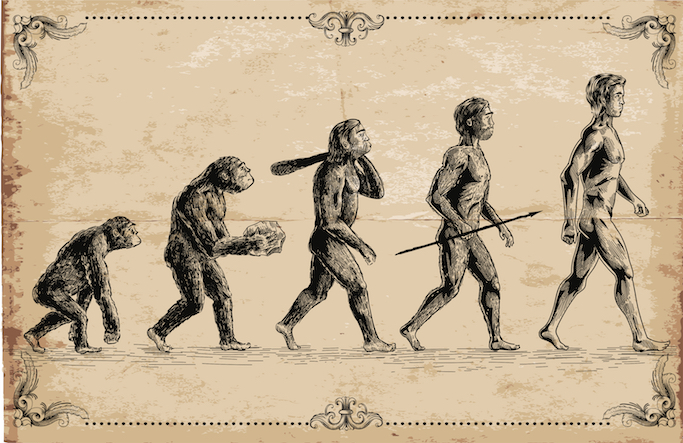 I have been convening conversations about the role of activism in tackling the root causes of climate change, inequality etc. for more than ten years. During the last three years, the conversations in social justice and environmental activist spaces have changed considerably.

Since the Ellen MacArthur Foundation was launched in 2010 with the aim of popularising the idea of a circular economy, the concept has gained momentum from policy makers, businesses and NGOs. 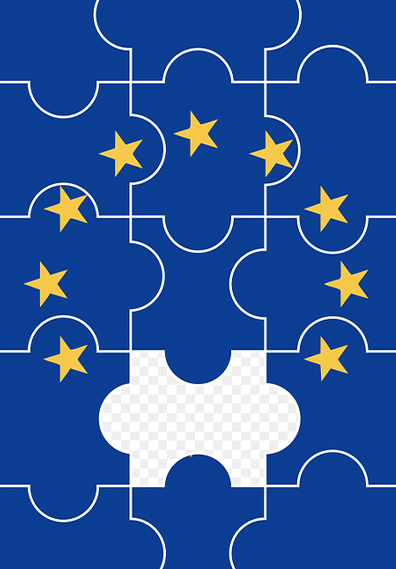 The more often you repeat something, the more likely it is that the idea sticks. For example, the most active ‘Feel the Bern’ supporters distributed thousands of messages describing Hillary Clinton as a neoliberal evil that had to be avoided at all costs. This seems to have influenced many of the millions of young activists who gathered around Bernie Sanders’ U.S. presidential candidacy.

Reflections on the Degrowth Conference in Budapest

The signs from the Degrowth Conference have now been removed from the walls of the portentous building of Corvinus University, and the streets of Budapest emptied from the stalls and the babble of the Degrowth-Week.

It’s the 500th anniversary of Utopia — what’s yours?

Four philosophers concluded that the concept of utopia is outdated. We don't agree. Do you? These days public debate is either rude and provocative or it is being censored and contrary opinions are shut down solely on moral grounds — social media being most affected by both extremes.

A sign for optimism: How the Great Transition is slowly prospering within and transforming Milieudefensie (Friends of the Earth Netherlands)

Since the early days when we discussed setting up the Smart CSOs Lab, the million-dollar question has been: Is there any realistic chance that established professional NGOs adopt the key Smart CSOs insights and become effective change agents for the Great Transition? Or are these organisations too much stuck in the system and are our efforts to change them doomed to fail?

Forget about controlling or shaping transformative change! – An interview with Johannes Krause

CSOs are very good at managing projects: planning, managing, evaluating. But are these competences useful when it comes to the need to support systemic change? Can transformation be defined, planned and controlled just like most projects NGOs usually deal with?

As we have experienced in the Smart CSOs community over the last two years, changing an organisation to work on system change is far from an easy task. Most civil society organisations are deeply entrenched in the current system.

Recently, Forum for the Future launched its report, Creating the big shift: system innovation for sustainability. The report explains in a nicely didactic way the six-steps approach that Forum for the Future developed and uses in its system innovation work, and it reminds us of the useful insights we can draw from the systems thinking work from Peter Senge, Donnella Meadows and others. We should use their tools and methods to get more systemic in our work. For the Smart CSOs Lab’s ambition to improve our theories of change, this report is a good resource to look at.

The story of the CONCORD system change pioneers (first act)

When we set up the Smart CSOs Lab two years ago, the aim was always to inspire as many change agents as possible in civil society to start experimenting with strategies aimed at system change and the Great Transition. Immediately we realised that capacity building had to be part of the portfolio of our work if we wanted to transform organisations and their strategies. It was great that since the beginning we had very enthusiastic and committed change agents in the Smart CSOs community and many of them at executive level. But organisational change has to be supported and driven by people working in the organisation at all levels, even more so in CSOs that have a history of participative decision making and are reluctant to accept heavy top-down decision making. The leadership at director’s level can be a crucial factor but it has to be supported much more widely.

DEEEP4 – Advancing towards system change in the development sector

The Smart CSOs Lab proposes a radical reconsideration of NGO practices in order to stimulate a system shift towards a more just and sustainable world. This is quite a challenge for NGOs, busy with daily policy business, trapped in topical silos and steered by the aspiration of short term wins, when the inclusion of our momentary buzz words in an official policy paper becomes the success story of the year.

Getting out of the business as usual and starting to pull the “key leverage points” such as systems thinking, cultural transformation and building a global movement is a major strategic shift for most CSOs. At CONCORD, the European Development NGO Confederation, the DEEEP4 Project was recently set up as an action experiment to try out some of the Smart CSOs thinking in practice, and hopefully to scale up its experience in the wider confederation.

Tackling the current global ecological and social crises urgently requires a cultural transformation away from today’s dominant consumerism and nationalism towards a culture of wellbeing with simpler living and a sense of planetary solidarity and identity.

A new experiment from Berlin

Last year our friends from Impuls (Agency for Applied Utopias) in Berlin started an action learning process with young campaigners (Kampagnenwerkstatt in German) to collaboratively design and put into practice a campaign that would experiment with new ways of supporting the type of changes needed for the Great Transition.

What we know from the Smart CSOs dialogue is that current CSO campaigns are mostly focusing on concrete and often very technical policy wins and are too often driven by short-term tactical considerations rather than by a strategy of long-term systemic change. In his recent book, What Money Can’t Buy, Harvard’s political philosopher Michael Sandel laments the vacancy in public discourse about the big moral questions that people really care about. As there are no signs from governments or political parties to fill this vacancy, it seems that civil society has a real opportunity to fill this gap and design campaigns that kick-start societal conversations and thereby play a role in a much needed cultural transformation. This is exactly what the Impuls campaign learning process arrived at.

Storytelling for the Great Transition

Since the Cologne Storytelling Workshop last November with Jonah Sachs, I´ve had the opportunity to run a series of workshops with change agents from the Spanish Development sector.

Under the label ‘collaborative lab’, we co-convened a project with the Spanish Development NGOs Confederation (CONGDE), exploring new ways to empower their social base towards systemic change. The storytelling workshop was part of it and is well documented on the project website: www.colab.mobi.

The aim was to provide new tools to civil society within the scope of the Smart CSOs leverage point CSO Strategies for Cultural Transformation towards the Great Transition. My main reflections were:

It was March 2010, and our executive director, Kumi Naidoo, addressed his first executive directors’ meeting. It was just after COP 15 and we were all still not over its failure. Kumi expressed his concern: “We are winning many battles, but are loosing our planet”. His talk resulted in Greenpeace executive directors across the world addressing what we needed to do differently.

A number of initiatives were agreed directed at the way we campaign, the way we are organised, where we put our human and financial resources, etc. One of the initiatives was the way we address (or not) the dominant socio-economic paradigm, which is core to the problems we face today.

The Widening Circle (TWC) campaign to enlarge and strengthen the global movement of global citizens is off to a slow but steady start. TWC builds on the existing work of many important organizations, initiatives, movements and grassroots efforts. TWC invites all who want to strengthen the global citizens movement, and all who recognize the need for new planetary institutions of global democracy, to widen our circles in a coordinated campaign.

The campaign is evolutionary by design, adapting to changing world circumstances and the input of new members as the circles widen. To this end, TWC is planned in phases — which each phase simply responsible for building the capacity to reach the next phase.